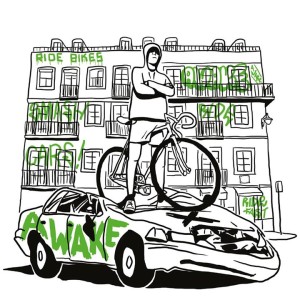 Awake made it to my hardcore highlights right after they put out their first demo. I met their drummer in Lisbon a few years ago and he sent me a link to check out his new band. It’s cool that youth crew and straight edge are back on the Portugal hardcore map!

Now straight to the good news. Salad Days Records are releasing those songs on a 7″ and pre-orders start very soon!

To back this release up Awake are kicking off their European tour on Saturday. They’ll hit the road for 2 weeks so try to check them out if they’re somewhere near you… They have a bunch of available shows so contact them if you can help them book the last free dates!

We need your help to continue. If you appreciate our work, please consider making a donation or pledge on Patreon by smashing one of the buttons down below.

Releasing records with Ugly and Proud Records, booking shows with For The Kids Booking and trying to go to as much shows as possible all over the world! Loves vegan ice-cream and cookies + hanging out with friends.

Read this next
Music Review

This website uses cookies to improve your experience. We'll assume you're ok with this, but you can opt-out if you wish. Accept Read More